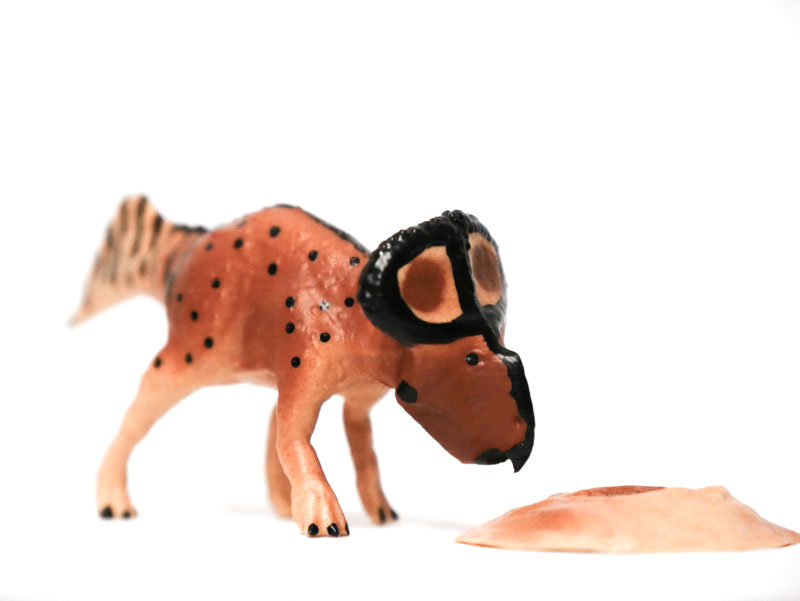 Description:
Protoceratops is one of the best known dinosaurs. Animals of all ages were found, from small hatchlings to full-grown animals. There were so many fossils of this animal found in Mongolia, that the Protoceratops is now referred to as the “Cretaceous sheep”. In relation to its body, Protoceratops had a fairly large skull with a beak that was well suited to shredding hard vegetation. The average Protoceratops measured approximately 1.80m in length. Individual bone finds also allow the conclusion that there could have been animals up to 2.70m long.

Time Period:
84 – 72 million years ago in what is now Mongolia

About the figure:
This figure of a Protoceratops is about 6.5 cm long. It represents a rather large individual with a length of about 2.30 m. The bristles over its tail are speculative, but are based on the findings of his close relative Psittacosaurus
Since Protoceratops lived in deserts, the colors of the figure were kept in simple shades of brown. Stripes on the tail or a pattern on the shield could have contributed to the recognition among conspecifics.
The enclosed nest is based on a find from Mongolia, which includes a nest with 15 young of a Protoceratops (MPC-D 100/530; Weishampel et al., 2000). There are 10 cubs in our nest, all of whom have been waiting for the adult animal to return. 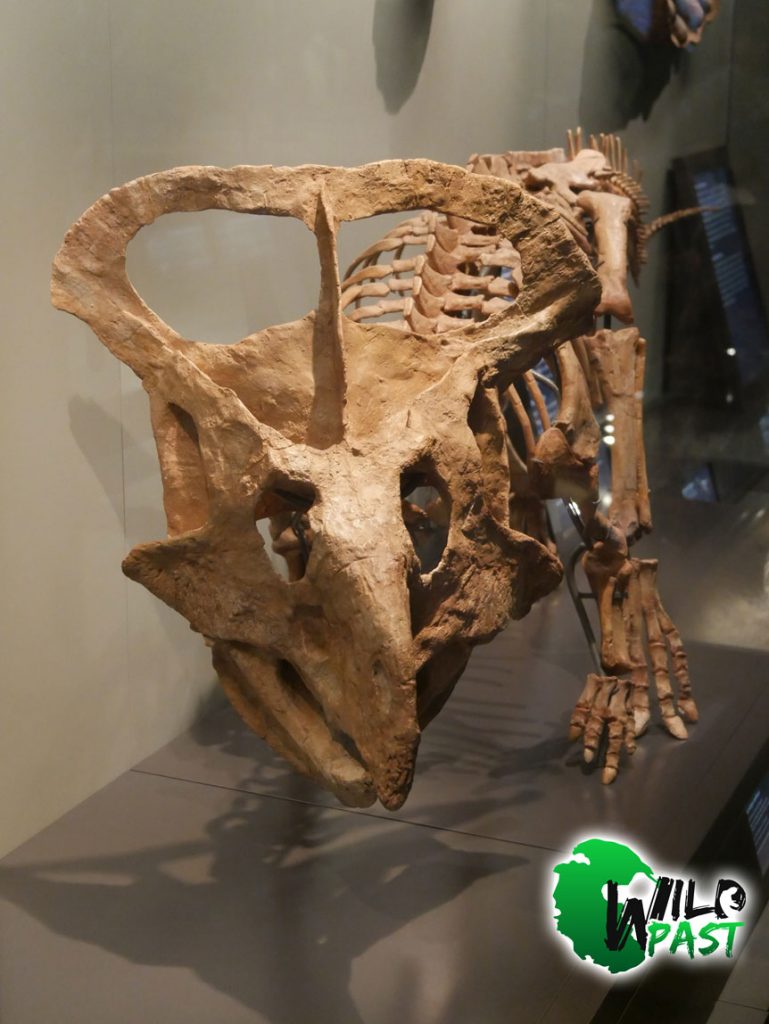 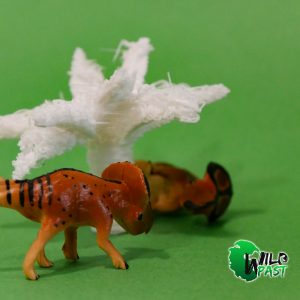