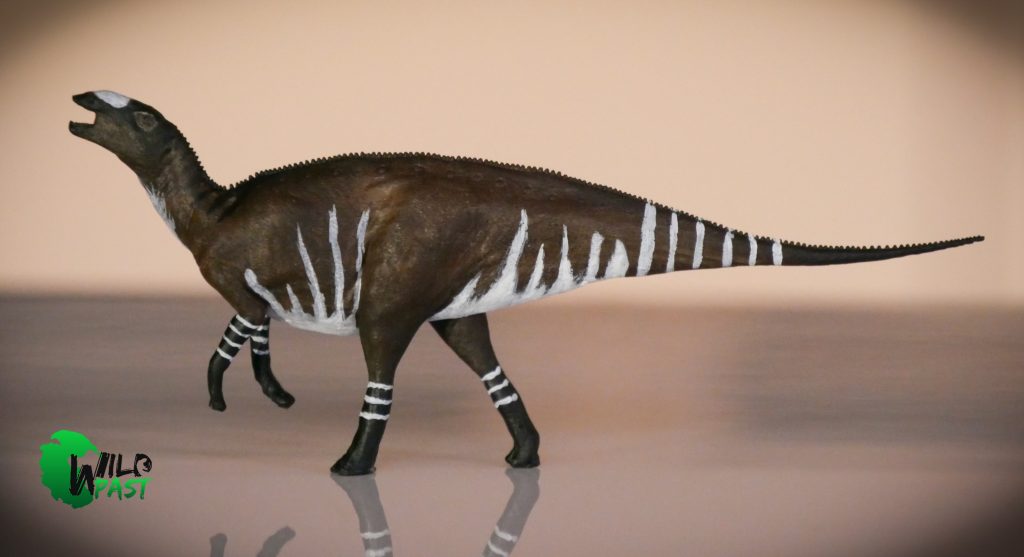 Description:
Tethyshadros is a good example of “island dwarfism”. During its lifetime, Europe consisted of many small islands in the middle of the great sea. When compared to larger species such as Edmontosaurus or Shantungosaurus, the 4 meter long Tethyshadros is considered a small Hadrosaur. Its relatively long shins and a reduction of the fingers from 4 to only 3 are seen as an adaptation to bipedal running.

Time Period:
71 – 66 million years ago in what is now known as Italy

About the figure:
The Tethyshadros couple is intended to show that these animals most likely lived in social groups. On the other hand, the figures were designed to convey a spectrum of different poses far from the usual quadrupedal representation.
Vegetation during this time period prospered, since the climate of the late Cretaceous was still warm compared to today’s temperatures. In order to successfully camouflage in the thicket, our Tethyshadros figures were given a color scheme that reflects the colors of their environment. The coloring of our animals is inspired by the modern day okapi, which is a creature that is as big and well camouflaged.